A typical country village house, in the South East of Sicily: narrow and tall, almost looking for light, making space between the ancient tiled roofs up to open a terrace from which, finally, overlook the sea, down there, at the bottom.
A client with the passion of homes, able to imagine, to design, to go beyond the space of a few square meters available in plan.

And so begins a game of references: the client decides to dig a basement, a kind of hobby room, where you can watch movies, uncork a bottle of good wine, cut the cheese and salami, drink a good coffee without going up stairs. LR Studio finds him furniture, carpets, accessories that enhance his choice.

The client decides that the bedroom should be beautiful and functional and have a small study, but not tbanal. LR Studio plays the card of ancient ethnic furnitures, which dialogue with the Sicilian tradition quotes: testa di Moro, posters of exhibits by island painters.

The client decides he wants one more plan, to go even higher.
Thus a guest room is created in an invented space, with a bed that is a tatami matress that rests on a transparent glass base so as not to remove light from the stairwell.
And finally, from here, the house blossoms outside, with a terrace between the roofs in which, at sunset, under flights of swallows, while the sea becomes indigo and the sky becomes inflamed, take an ice-cold drink to make the emotions of the day decant. 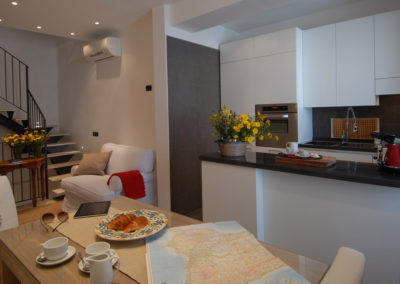 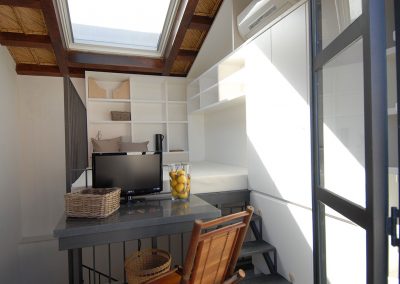 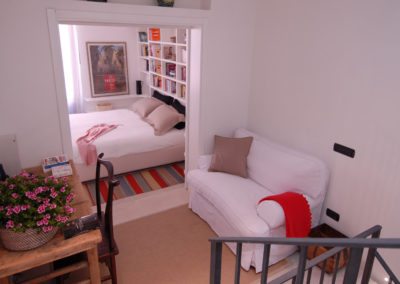 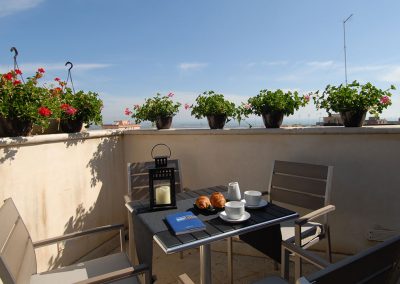 
← Villa Erika the comfort of tradition Casa delle Sirene: a shelter on the beach →