Casa dei Gabbiani of stone, of light of sea

At the beginning there were two magnificent palms, a half-ruined house and a wasteland, all valleys and small dunes: sand, weeds and stones. But for the clients to see it and fall in love with it was one instant. The house, very old, was literally overlooking the sea. Thus began a long, laborious job of recovering the recoverable of the old house, and enhancing the rest.

The stone was an obligatory choice: the house is located a stone’s throw from Modica and all the Modica landscape – and Ragusano in general – is embroidered by dry stone walls. Modica artisans have been chosen to work the stone. Dry walls, now low with iron gates, and now high as in the old Baglio have been patiently created to support the soil or to surround the house in a protective embrace. A decorative element of false windows set in the walls was the leitmotif. The ornamental function combined with the lighting function through LEDs embedded in the stone.

The interior design was inspired by a harmonious fusion of styles: ancient oriental doors have become wardrobe doors; a Milanese antique dealer provided prints of the end of ‘800 of the British Admiralty and of the Kingdom of Italy depicting the coasts on which the villa overlooks. Carpets bought in Marrakech have put the accent on the tones of red, the color choose to light the neutral tones of the house.

For the outdoor, wooden and Waprolace furniture were chosen, able to cope with the saltiness and winds that often blow in the area. The marine theme in the accessories is the tribute that the patrons wanted to make to the magnificent Sicilian Channel that laps the house. 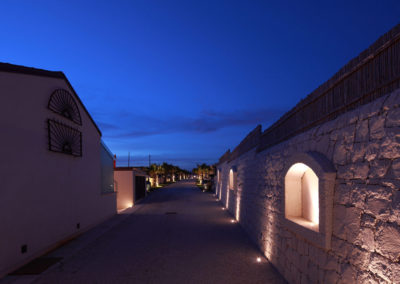 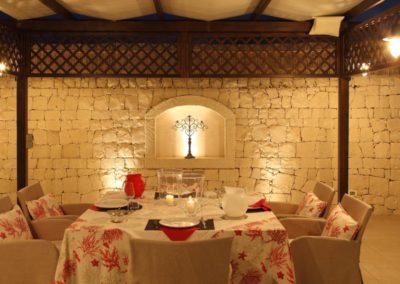 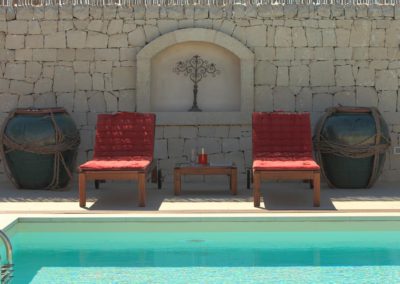 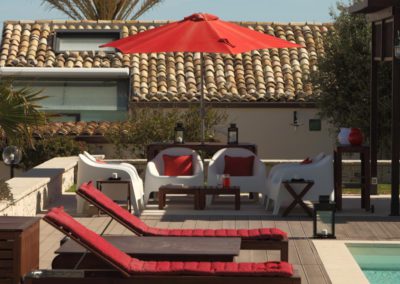 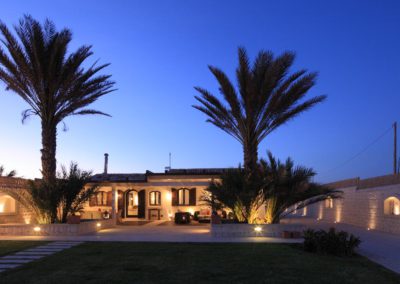 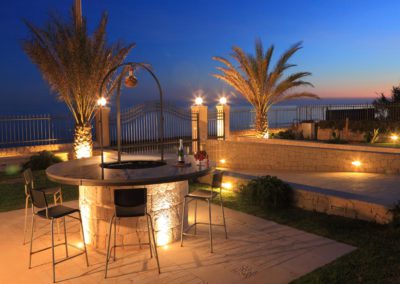 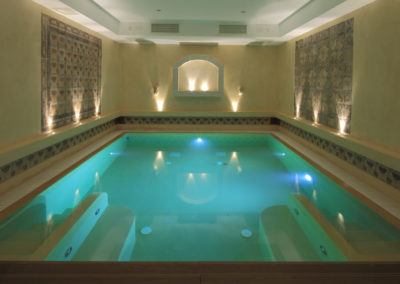 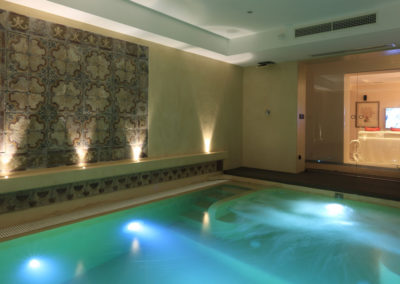 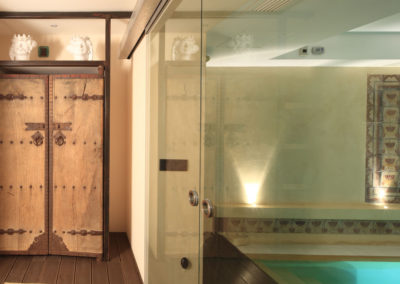 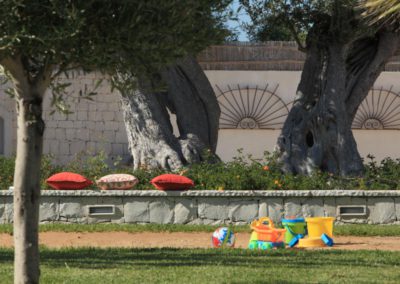 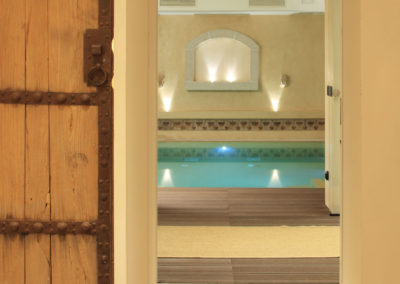 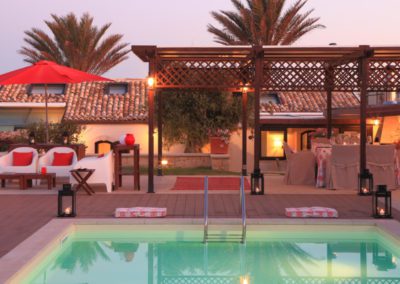 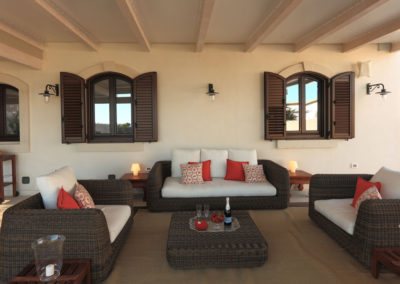 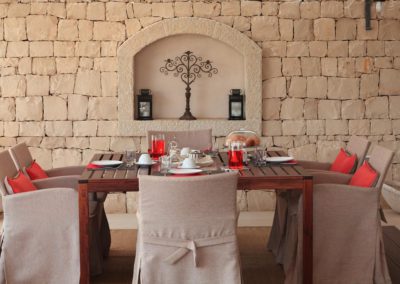 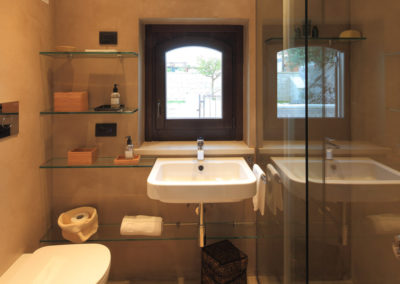 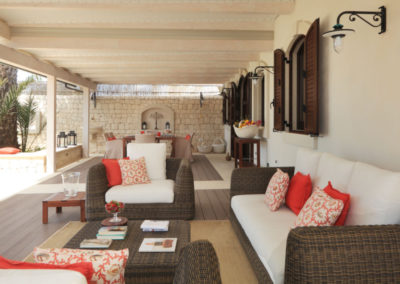 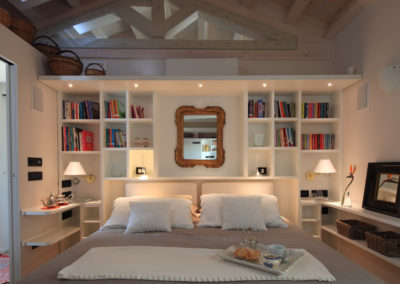 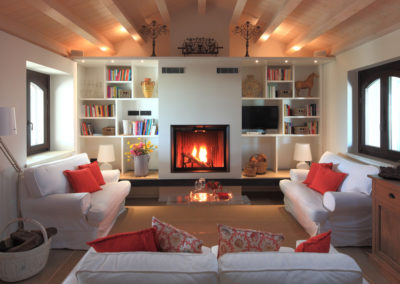 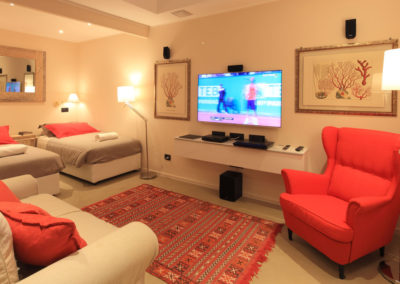 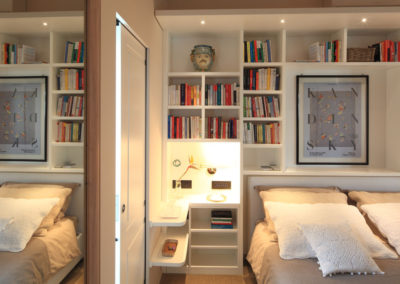 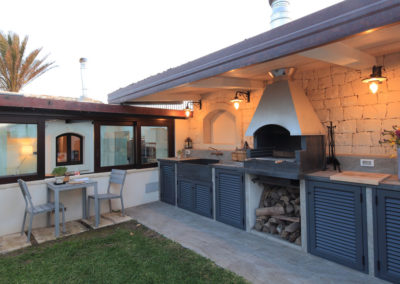 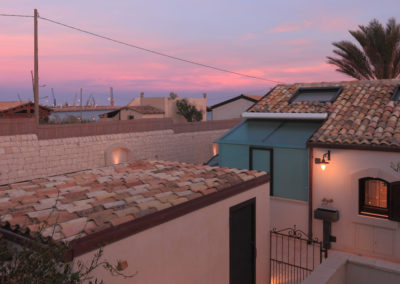 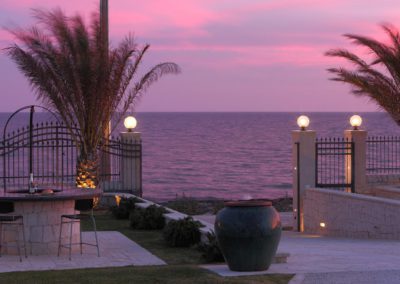 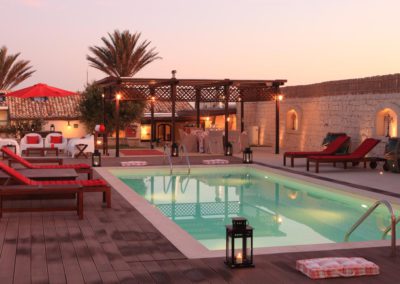 
← APARTMENT IN MONZA: ROOMS WITH A VIEW Loft in Milan nomadic eclecticism →